The current Covid-19 pandemic has triggered intensive research into new vaccines, particularly mRNA (messenger RNA) vaccines such as those produced by Pfizer/BioNTech. Are messenger RNA vaccines, a new weapon against infectious diseases and a source of hope for multiple sclerosis? 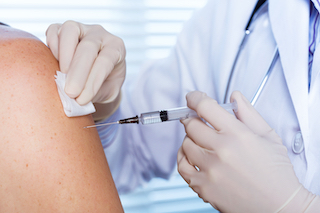 The purpose of these vaccins is to stimulate the immune system against one of the virus’s surface proteins. They contain the mRNA that enables the viral protein to be synthesised and which is incorporated into nanoparticles made of pro-inflammatory lipids (liposomes). Further to IM injection, the mRNA is absorbed by antigen-presenting cells that are activated by the lipids in the vaccine. The viral protein is then synthesised and “presented” to lymphocytes, either able to synthesise specific antibodies or  turning into “killer” cells which then target the cells containing the virus.

However, this type of vaccine can be adapted for a totally opposite, non-inflammatory purpose, to generate tolerance of potentially autoantigenic molecules. This has just been shown in a paper published in Science on 8 January 2021, “A noninflammatory mRNA vaccine for treatment of experimental autoimmune encephalomyelitis”. Its lead author is Christina Krienke, and the other two are now world-famous: Ugur Sahin and his wife Ozlem Türeci, the founders of BioNTech and creators of the Pfizer/BioNTech Covid vaccine.

The model used in the paper of experimental autoimmune encephalitis (EAE) in mice is traditionally used to study the immune-related aspects of multiple sclerosis in humans. For this purpose, the vaccine was altered by incorporating the messenger RNA into lipid nanoparticles which this time did not trigger an inflammatory response. The mRNA, one component of which is slightly changed, contains the synthesis code of a fragment (20 amino acids) of a protein known as myelin oligodendrocyte glycoprotein (MOG). As its name suggests, it is specific to myelin and to the cells – the oligodendrocytes – that manufacture it. When injected in mice with a lipid emulsion, MOG triggers autoimmune encephalitis by stimulating autoimmune lymphocytes. As the modified vaccine is non-inflammatory, the antigen-presenting cells no longer stimulate the autoimmune cells, but induce tolerance by blocking them. The vaccine proved capable of preventing the development of autoimmune encephalitis and also of stopping relapses when given after symptoms began to develop. It acts via the regulatory lymphocytes, the number of which increases. It also has the remarkable ability to induce cross-tolerance against other myelin autoantigens such as the proteolipid protein. However, the overall immune response does not change.

Obviously, these results require independent confirmation. It is equally obvious that positive results achieved using an experimental mouse model may not necessarily be directly transposable to humans. Some molecules, while effective against EAE, have proven ineffective or even harmful in the case of MS, for instance the anti-Tumour Necrosis Factor (TNF). Nevertheless, it remains true that this is a brand new avenue in the search for a specific treatment, i.e. the development of a specific tolerance to myelin antigens by the immune system without triggering immune suppression or altering the overall functioning of the immune system. The importance of these results and of the hopes they raise have been confirmed by the comments by Alexandra Flemming in the Nature Reviews Immunology issue of 12 January 2021, and by Roberto Furlan in the March 2021 issue of Molecular Therapy.

We can therefore still hope that the scientific research triggered by the Covid-19 pandemic may yield positive outcomes for other diseases, especially multiple sclerosis. This, however, does not detract from the importance of ongoing research on the neuroprotection of nerve fibres when the myelin sheath has been destroyed and on the potential for remyelination.