The study of juvenile forms has increased considerably over the past years in the hope of discovering the triggering factors of the disease as close as possible to its onset.

The onset of multiple sclerosis (MS) occurs before the age of 18 in 3% to 5% of patients. Among these young patients, 17% had their first flare-up before the age of 10 and 83% between the ages of 10 and 18. The two youngest patients of the author of these lines were six and nine when their illness began. 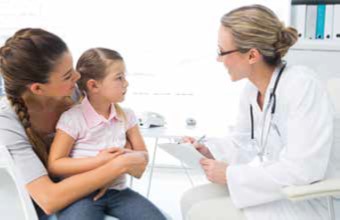 The first flare-up is difficult to diagnose as the start of MS. Our paediatric neurologist colleagues have had to include this possibility in their differential diagnosis and distinguish it from a single episode called “post-infectious perivenous encephalomyelitis.” The latter illness is caused by an inflammation of the brain occurring as a result of a viral infection, particularly measles before the era of generalized vaccinations, and sometimes chicken pox or other viruses that may not be identified. The symptomatology of encephalomyelitis is often more acute and brutal. It sometimes includes altered consciousness and epileptic attacks. However, there are no formal clinical criteria to distinguish it from an early onset of MS. On the other hand, the presence of oligoclonal IgG bands in the cerebrospinal fluid is an argument pointing to multiple sclerosis.
It is often necessary to wait for a second flare-up to firmly establish a multiple sclerosis diagnosis in children and adolescents. The second flare-up occurs on average six years after the first one in children under 10 and one year after the first one in children over 10.

The frequency of flare-ups is generally higher in the forms occurring before 18 than in adult forms.

The flare-ups are more inflammatory, with a greater number of lesions visible with magnetic resonance imaging of the brain (MRI). The illness can then evolve into a secondary, progressive form, on average 23 years after it starts, more slowly than in adult forms (which progress after 12 to 15 years of illness, on average). Overall, however, patients who fall ill before the age of 18 will be disabled at a younger age than those whose illness begins between 25 and 35, as is most often the case.

The symptomatology of juvenile forms does not differ significantly from that of adult forms, with the exception of a higher frequency of cognitive problems from the onset of the illness, that is, in 30% of the children. They interfere significantly with their schooling which can be interrupted by repeated flare-ups.

First line treatments normally used in adults, such as beta interferons and Copaxone, are equally effective in juvenile forms.  These products significantly reduce the frequency of flare-ups, but no longer work in 50% of patients after a few years. Second line treatments have been much less studied in juvenile forms. However, an Italian series of 20 young patients showed the high effectiveness and good tolerance of Natalizumab (Tysabri).

The study of juvenile forms has increased considerably over the past years in the hope of discovering the triggering factors of the disease as close as possible to its onset. Research has shown that young patients with multiple sclerosis tested positive for the infectious mononucleosis virus (over 85%) more often than children who didn’t have the disease (40%-60%). Vitamin D levels are also lower in these children and increasing the serum concentration of vitamin D results in a decrease in the frequency of flare-ups by a third in 10 ng/ml increases. In addition, the most recent studies haven’t revealed any link between the onset of multiple sclerosis in children and vaccinations, including the hepatitis B vaccine.
To date, the search for an immune system disruption specific to the onset of multiple sclerosis in children and adolescents has been relatively disappointing. The presence of an autoantibody against the myelin oligodendrocyte glycoprotein (MOG) has not been confirmed and may even show that there is no link with multiple sclerosis. These currently disappointing results should not prevent continued, in-depth research on the mechanisms of infantile and juvenile multiple sclerosis.

Explaining the stakes of treatment

Given the frequent cognitive impact of juvenile forms and their evolution toward a secondary, progressive form, it is important to diagnose them early and treat them aggressively keeping in mind that there may be some psychological barriers to chronic treatment in adolescents. However, the stakes are high given that the goal is to impede a gradual increase in brain lesions and to prevent brain atrophy.