In recent years, it has been shown that starting treatment early in MS patients significantly improves the long-term prognosis in the relapsing-remitting forms. It is therefore critically important that MS be diagnosed as soon as possible. 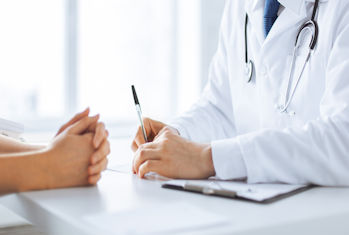 MS becomes “clinically definite” when the patient has presented 2 clinical symptoms, i.e. has had 2 attacks of the disease. Fortunately, it is now possible to treat MS after a single attack “clinically isolated syndrome” (CIS), provided it is recognised as such.
For this reason, periodic reassessment of the diagnostic criteria and their use on the basis of new data and innovative techniques enables the diagnostic criteria for MS to be improved. Around 30 world MS experts met in 2017 to revise the McDonald criteria, which had remained unchanged since 2010, in order to improve them. The purpose of these revisions is  to facilitate an earlier diagnosis for patients with probable but unconfirmed MS according to the 2010 criteria, while maintaining the specificity of these criteria and enabling them to be applied appropriately in order to minimise diagnostic errors.

Identifying oligoclonal bands
The first major change concerns the identification of specific oligoclonal bands (OCBs) in the cerebrospinal fluid (CSF) which attest to the local synthesis of antibodies in the central nervous system compartment. This enables a diagnosis of MS to be confirmed in the event that a CIS meets the MRI (Magnetic Resonance Imaging) criteria for spatial dissemination, i.e. at least 1 lesion in at least 2 locations typical of MS (provided no other valid diagnosis may explain the clinical manifestations). Formerly, temporal dissemination criteria (MRI or clinical) were mandatory to demonstrate the chronic and evolving nature of the disease. Today, many studies have demonstrated that the presence of OCBs in the CSF is a predictor of the risk of a second attack. According to these revised criteria, therefore, the identification of OCBs in the CSF can replace the requirement that temporal dissemination be proven.

An image-based diagnosis (MRI)
The second notable change relates to the MRI criteria for temporal and spatial dissemination: according to the 2010 criteria, symptomatic spinal cord or brainstem lesions could not be taken into account to confirm temporal and spatial dissemination in CIS patients. Further to the 2017 revision, no distinction is made between symptomatic and asymptomatic lesions to determine spatial and temporal dissemination: a symptomatic active lesion has the same value as an asymptomatic one. It should be noted that lesions of the optic nerve are not yet taken into account.
The locations required to meet the criteria for spatial dissemination include the ones flagged using the Barkhof image-based criteria: periventricular, juxtacortical, spinal cord or brainstem. However, histopathological studies have shown that cortical lesions are also typical of MS. The improvement in the technical performance of MRI now enables them to be identified. For this reason, the 2017 panel of experts decided to include cortical as well as juxtacortical lesions in the image-based diagnostic criteria.

At this point in time, the true challenge is diagnosing MS on the basis of a single attack.