Usually, the first symptoms of multiple sclerosis (MS) occur in adults between the ages of 20 and 50, although they may occasionally be found in children and the elderly. Remarkably, the age at which MS begins also determines the manner in which the disease manifests.
The commonest form of MS, relapsing-remitting MS, generally begins at a young age and is characterised by the apparition of neurological symptoms which occur (relapse) and disappear (remission). Such episodes are known as flare-ups, attacks or exacerbations. Over the years, most people experience a gradual deterioration known as secondary progression, which takes the form of loss of strength, loss of mobility and/or impaired memory/concentration.
Less frequently, in around 10-15% of patients, MS occurs in later life. Symptoms progress very gradually, without a clear start date. This is the primary progressive form of MS.

It has not been determined why more women than men develop MS. As a rule, the first symptoms appear at a younger age in women. There appears to be a connection between this earlier occurrence and the reproductive period of women (i.e. the period during which they may become pregnant). MS occurs less frequently in men, and women are affected 2 to 3 times more often with its relapsing-remitting form, whereas the primary progressive form affects men and women equally.
The occurrence of MS appears to be increasing – in women. As this increase has taken place over only a few decades, it cannot be ascribed to genetic factors. At present, it is unclear which environmental factors can be held responsible. There are a number of candidates: workplace stress, decreased exposure to the sun, later or less frequent childbearing, environmental change.

The progression of MS is not the same

Compared with men, women take longer to become invalid, at least as of the inception of the disease. This may, however, have to do with the form of MS from which they suffer. When one considers the age at which patients become invalid, there is no clear difference between women and men. Once the patient has reached middle age and a certain degree of invalidity, the so-called female protective effect appears to cease. In this context, the most logical conclusion is that hormonal factors are at work.
Pregnancy and childbirth in women with MS
According to the results of an earlier European study in which 227 pregnant women with MS were monitored until 2 years after the birth, the number of MS attacks appeared to decrease during pregnancy. This is clearest during the third trimester of the pregnancy. During the first three months after birth, the risk of attacks increased once more, although during that period most women (72%) had no attacks at all. Women with recent active MS were likelier to experience an attack during these first three months. After that, there were no significant differences compared with the period before the pregnancy. These effects have been ascribed to hormonal fluctuations and changes to the immune system.

The long-term effects of pregnancy and childbearing 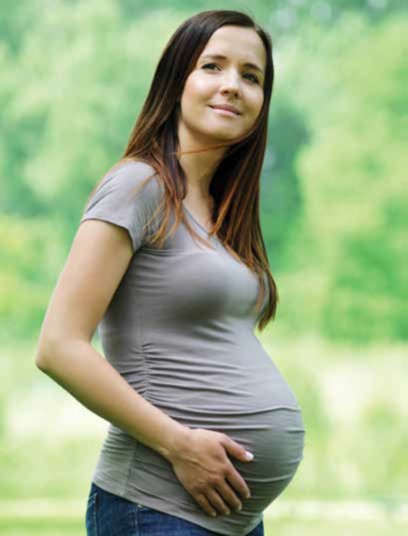 It is unclear whether pregnancy has a long-term effect on the progress of MS. A number of studies, some of which were made at Melsbroek, have found that women with MS who bore children after the onset of the disease became incapacitated several years later than childless women with MS. Caution, however, needs to be exercised concerning these results, as it is possible that only women with milder forms of MS decided to become pregnant. According to a Dutch study, childbearing has no effect on the risk of developing secondary progression. Over the past years, several studies have found a connection between pregnancy and a decrease in the risk of developing MS. Depending on the study, this effect appeared either to last a few years or be permanent.

Challenges for the future

On the basis of the above findings, it would seem that pregnancy has a protective effect against MS. Further research may yield new insights.

Now that the disease is being diagnosed earlier, MS treatments can also be begun earlier to reduce the frequency of attacks. In principle, it is advisable to stop treatment before pregnancy, as currently there is not enough information concerning potential adverse effects on the unborn child.
The BELTRIMS register is an initiative by the Belgian Multiple Sclerosis Study Group (BSGMS/GBESP), the purpose of which is to measure the potential effects and side-effects of new MS treatments. It can also collect information concerning pregnancy in women with MS who are or are not receiving treatment for the disease.