In the November 2008 newsletter, the word from the President concerned the setting up by the Foundation of a Phase I/II clinical study with Pixantrone (PIX) in aggressive forms of MS (the PIXAMS study). This involves patients in whom the disease develops very rapidly despite the treatments currently available and whose condition can only be stabilised by immunosuppression. The aim is to destroy the aggressive immune cells circulating in the blood with the hope that the new cells that will replace them will behave normally. Mitoxantrone (MX), which was perfected thanks to the Foundation, is the only immunosuppressant to have been recognised since the year 2000. It can be used to stop attacks and the progression of the handicap in over 80% of patients for a period of two to three years. Ideally, this treatment should be repeated, but unfortunately at high doses MX causes cardiac lesions. PIX is an analogue of MX with the same immunosuppressive properties but very low cardiac toxicity. It could therefore advantageously replace MX. The results obtained from the PIXAMS study have just been presented at the annual meeting of the American Academy of Neurology in Philadelphia on 29 April 2014. The study concerned 18 patients with a very active form of the disease. For 85% of them, the handicap had progressed to the stage where it reduced the distance they were able to walk (which had been normal two years previously) to a maximum of 500 metres, and 60% of them had suffered more than two attacks the previous year. The treatment consisted of four intravenous injections at three-week intervals. Neurological, haematological, biochemical and immunological examination were performed on the day of the injection, and after 3, 6 and 9 weeks and 3, 6, 9 and 12 months. To detect any cardiotoxicity, echocardiograms were taken before each injection and at months 3, 6 and 12. To detect the effect of PIX on active cerebral lesions, MRI scans were performed at the start of the study and after 6 and 12 months.

What conclusion can be drawn from this study? In terms of effectiveness, the annual frequency of attacks, which was 1.67 before treatment, was reduced to 0.22 at the end of the study (86% reduction). The number of active lesions seen in MRI scans, which was 3.23 before treatment, was reduced to 0.38 (88% reduction). While 83% of patients had been progressing rapidly for two years, this progression was halted in 85% of them at the end of the study. Moreover, the average disability, expressed by a clinical measurement called the Expanded Disability Status Scale (EDSS), fell slightly (from 3.92 to 3.58). As regards tolerance, a slight reduction in cardiac muscle strength which produced no clinical symptoms and quickly recovered (observed in 22% of patients treated with MX) was noted in 5.5% of the patients treated with PIX.

The PIXAMS study represents an investment of EUR 853,000 and was made possible thanks to the generosity of our donors. The Foundation has therefore pursued one of its aims, that is to fund Phase I/II clinical studies which, for various reasons, do not interest the pharmaceutical companies. The remarkable effectiveness and good tolerance of PIX show that it could replace MX in aggressive forms of MS. A Phase II study comparing PIX to another immunosuppressant to confirm its superiority is warranted. The Foundation is therefore looking into the feasibility of this next step.

As part of the global efforts to combat multiple sclerosis (MS), the Charcot Foundation will be launching a major initiative by conducting a clinical study (PIXAMS) whose results might represent a significant step forward in treating the disease. 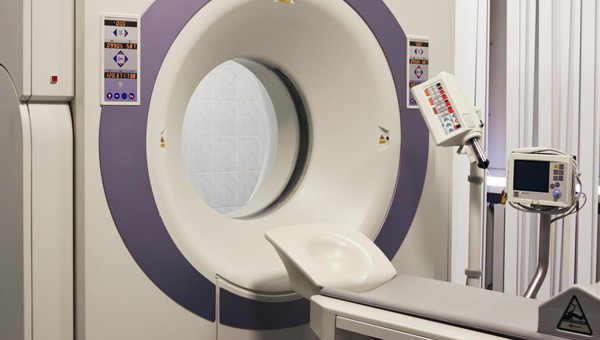 One of the six standard treatments used to combat MS - namely the drug mitoxantrone - was developed in Belgium.  Highly effective, mitoxantrone nevertheless has a major drawback: its cardiac toxicity. As an "emergency treatment" which is used to block the progression of the disease temporarily, it can only be prescribed once, for a period not exceeding three years and then only to patients at risk of rapid deterioration leading to serious disability. Given that MS is a chronic disease, relapses will unfortunately be inevitable in the years following treatment with mitoxantrone.

However, research never stops and - with continuing support from the Foundation - a new molecule, similar to mitoxantrone, has been developed. The new drug, called pixantrone, has the same immunosuppressive properties as mitoxantrone but with a much lower level of cardiac toxicity. Immunosuppressors are in fact anticarcinogenic substances whose toxic properties are used to control the blood cells responsible for immune responses in order to "reduce" immunity in certain autoimmune disorders, including MS.

Thus the Charcot Foundation Charcot decided to conduct a phase I/II clinical study on 20 patients. Named PIXAMS, this project will be implemented - starting early in 2008 - in some specialised centres: The National Centre for MS (in Melsbroek), the Neurology Department of the Catholic University of Louvain (UCL, Brussels) and the Neurology Department of the University of Rennes(France).

What hope for the future?

The results of the PIXAMS project - which should enable researchers to confirm the lower cardiac toxicity and equal (or even higher) therapeutic efficacy of pixantrone in comparison with mitoxantrone - are eagerly awaited by the scientific community and patients alike. If the results are positive, pixantrone could be prescribed to a larger proportion of MS patients, repeatedly, if necessary. It would then be possible to delay the onset of handicaps by five to ten years in younger patients and to block the progression of the disease for longer periods in patients who already have some degree of disability. If the efficacy and good tolerance of pixantrone are confirmed, this will constitute a major step forward in the treatment of MS and pixantrone will eventually replace mitoxantrone.

It is hoped that the PIXAMS study and the use of pixantrone will make it possible to improve the quality of life of MS patients very significantly.