Because the disease manifests itself mainly in young adults, family planning is an issue that needs to be discussed at some point in time with almost every MS patient. 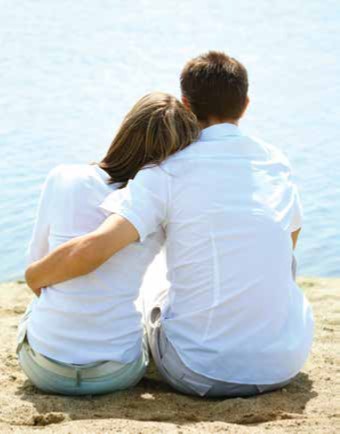 This difference between sexes suggests an effect of hormones in the development of the disease. Because the disease manifests itself mainly in young adults, family planning is an issue that needs to be discussed at some point in time with almost every MS patient.

With the newer disease modifying treatments, oral contraception (OC) becomes even a more important issue for the female MS patient :

Treatments like fingolimod and teriflunomide can only be prescribed if the female MS patient is taking adequate contraceptive measures- oral contraception being one of these possibilities- as these treatments may harm the fetal development. In case of severe diarrhea with dimethylfumarate or teriflunomide (of note: an infrequent side-effect), oral contraception might temporarily be less effective, due to decreased uptake in the gut.

But what about effects of oral contraceptives on the disease course? Or the risk of developing MS?

A recently published study showed that the use of high-dose OC in combination with IFN-beta 1a decreased brain inflammation as measured by the number of enhancing brain lesions on MRI compared to IFN-beta 1a treatment only. This study confirms already known anti-inflammatory effects of high-dose estrogens in experimental models.  The downside is that there are known vascular risk factors for high-dose OC (for instance deep venous thrombosis).  Clinical effects on the disease course however were not examined in a blinded way, so drawing firm conclusions on this aspect is not possible. Underlying mechanisms remain speculative for a synergistic effect of the 2 treatments. Further studies are therefore needed to detect if the effect is clinically meaningful and sustained over more than 2 years, while simultaneously looking more detailed into the possible immunological effects.
Studies have shown that OC use in relapsing remitting MS patients seems to be related to a milder disease course. However, in progressive onset patients, the opposite effect has been seen. This apparent contradiction underlines the different disease mechanisms that play a role in these subtypes of MS.
Four large epidemiologic prospective studies have been performed on the risk of OC use and the development of MS. To note, 3 of them were from the UK, 1 from the USA: location is important as environmental factors might be different and can also play a role. These studies don’t suggest an important effect of OC on the risk of developing MS. Possibly there could be a delay in the onset of MS. Comparison of data remains difficult due to differences in study design.

Pseudo-exacerbations
Another important female issue are the so-called pseudo-exacerbations. These are symptoms of MS that relate to existing lesions in the central nervous system, that might become more pronounced due to heat, fatigue, stress etc. Pseudo-exacerbations can occur just before the menstruation and in the pill-free week of patients taking oral contraceptives. Possible mechanisms include temperature change or inflammatory changes influenced by hormonal changes. Studies have shown relations between sex hormones and brain inflammation as measured by MRI during the menstrual cycle.

What about fertility in MS patients?

A topic that is of increasing importance in the last years are the assisted reproductive techniques (ART), for instance in vitro fertilization (IVF).  What about fertility in MS patients? Fertility does not seem to be impaired to a larger extent in women with MS than in healthy women. Several factors might however contribute to a decreased fertility in MS patients: hormonal changes, concomitant auto-immune thyroid disease, decreased libido or previous treatment with cyclofosfamide (which is not frequently used anymore nowadays).   On the other hand, in Western countries about 10-20% of couples have fertility problems. Thus, infertility and MS might just coincidently be a problem for the same patient.  Several case series, retrospective and prospective studies show a higher risk of relapse after unsuccessful ART. The mechanisms for this are not fully understood, but probably relate to change in hormonal levels, stopping the disease modifying treatment and the stress that comes with infertility.  There seem to be differences in the relapse risk according to the type of treatment that is used: GnRH agonists seem more harmful for MS patients than GnRH antagonists.  The higher relapse risk could be related to the immunological effects of GnRH agonists and estrogens: increase in pro-inflammatory cytokines and anti-MOG antibodies, more immune cell migration across the blood-brain-barrier. The definite choice for the type of treatment however, lies with the ART specialist, as there are other considerations for choosing the type of medical treatment. Discussion of this lies beyond the scope of this article.

In conclusion, there are many issues very specific for female patients with MS. It is important to acknowledge this and discuss these items thoroughly if questions on these topics arise during follow-up of the female MS patient.