Research has made considerable progress in a short time... and it’s still happening

Since the 1990s, the treatment of multiple sclerosis (MS) has become a reality. The first – injectable – therapies achieved significant if often partial results. Although they remain in common use and are very useful as first-line medications, they unquestionably generate discomfort. Oral medications were a long-awaited development. 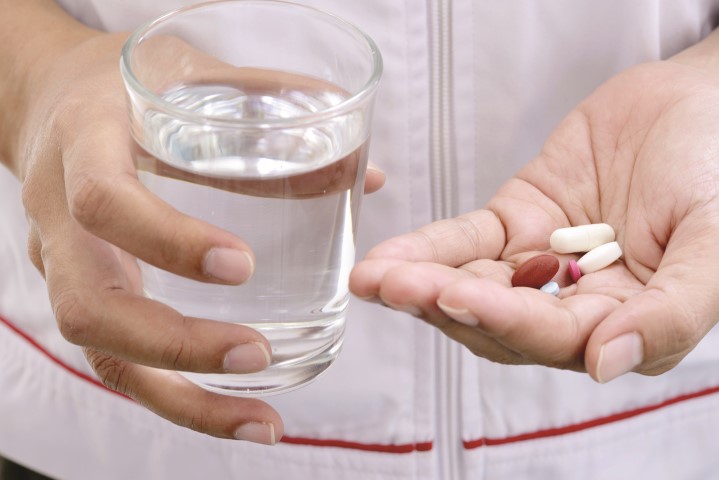 Cladribine was the first molecule tested in two international, multicentric, double-blind randomised studies. This is a cytostatic drug (used in the treatment of cancer) and has exhibited highly promising results. Its development has been suspended for safety reasons and reassessment is under way.

Fingolimod (Gilenya®) was the second oral drug to be studied. Three international clinical trials were made which led to its approval by the European authorities in March 2011. It was shown to significantly reduce the frequency of relapses and improve MRI parameters. This drug affects a specific receptor (S1P1) which is “absorbed” into the immune cells involved in the development of the disease (lymphocytes).  This process blocks the cells in the lymph nodes and their count in circulating blood is significantly decreased. The presence of the same receptor on the heart’s electrical conduction fibres and the retina requires close monitoring at the beginning of the treatment. It is also necessary to regularly check the blood parameters (lymphocyte count and liver tests). For these reasons, its use is reserved for patients who are relapsing despite first-line treatment or in aggressive MS.

Teriflunomide (Aubagio®) has been approved in Europe since August 2013, at a dose of 14 mg per day, and is derived from a drug very closely related to a molecule used for over 15 years to treat polyarthritis. The drug blocks an enzyme required for activated lymphocytes to proliferate, thus preserving overall immune response to infections. The effectiveness of this drug has been tested in three major international studies, not only in the remitting forms of the disease, but also during the early stage further to a first episode. The reduction of the relapse rate is extremely close to that observed with injectable first-line drugs and its positive effect on the evolution of short-term disability has been confirmed. This is a first-line drug. Overall, it is well tolerated, but the blood parameters require close surveillance, especially during the first months (white-cell count and liver tests). The most frequent undesirable effects are digestive troubles (diarrhea…) and thinning of the hair. Should the latter occur, use of a vitamin is recommended. This drug remains in the body for a long time and must not be used in case of pregnancy or conception. A quick and easy elimination procedure is available.

Dimethyl Fumarate (Tecfidera®) has been approved in Europe as a first-line treatment since February 2014, at a dose of 240 mg twice daily. This drug is very closely related to another product which has been used in Germany for 20 years to treat an immune disorder of the skin (psoriasis). Although its exact mode of action is not known, multiple data have confirmed its immunomodulating and anti-inflammatory properties. Arguments in favour of a neuroprotective effect by reduction of oxidant stress have been confirmed. Two large-scale international multicentric trials confirmed a highly favourable impact on the frequency of relapses and on MRI parameters. The most frequent undesirable effects are digestive troubles and skin flushing shortly after taking the drug. These effects fade over time and are limited when the treatment is introduced gradually and the drug is taken at mealtimes. The blood parameters (lymphocyte count and liver tests) need to be monitored. Recently – and fortunately on an exceptional basis – a number of severe cerebral infections by a virus (progressive multifocal leukoencephalopathy caused by infection by the JC virus) have been described. Regular monitoring of the lymphocyte counts is necessary.

Other drugs have been tested or are still under assessment. Laquinimod has displayed very interesting effects on atrophy parameters; however, its impact on relapse frequency is low. Second-generation molecules which act on subgroups of the S1P receptors are also being studied. Tests are also being conducted with high doses of lipid-lowering medications (statins) and a drug (Firategrast) which blocks the entry of lymphocytes into the central nervous system, in the same way as Natalizumab (Tysabri®).

Thanks to research, our therapeutic arsenal is constantly increasing and will, in the short and medium term, make it possible to offer patients better targeted, more comfortable and better customised therapies.