Anyone who follows the media will have noticed that major progress has been made over the past years in the treatment of diseases such as infections, cancer, rheumatism, MS and many others.

These new treatments are the result not only of many years of work, but also of great progress in biomedical knowledge as well as the development of new technologies which enable processes to be observed at the smallest – i.e. cellular and molecular – level. First of all, every detail of these processes needs to be examined so as to open the way to potential new treatments. 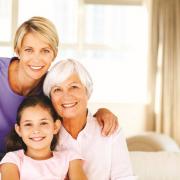 However, the same media frequently report major breakthroughs which do not lead to improved treatments. How can this be? The reason is that the process which leads from a scientific breakthrough to therapeutic applications – the lab-to-patient process – can take a very long time. It is a complex and often unpredictable process. Such unpredictability is typical of scientific research, the purpose of which is to seek out new prospects, yet often poorly understood by the general public. This is particularly true for patients and their families, who, understandably, have expectations.
A multidisciplinary approach

To effectively influence a pathological process, all aspects of the disease need to be studied.

For this reason, we need to determine why, in MS patients, the immune system and brain do not function as they should, the better to understand the damage caused to the brain tissue by the immune system. In the laboratory, we study what is happening to the patient. We make a detailed investigation of the immune-system cells as well as of the molecules that enable the immune cells and brain to communicate. For this purpose, we use complex apparatus in order to individually analyse cells and molecules and bring in specialists in many areas – biomedicine, biology, biochemistry, as well as engineers, physicists and statisticians – to process this information and extract its meaning. And above all, we use the information supplied by doctors and the links with patient data. This is why high-quality biobanks of patient tissues are so important.
Once we have identified a factor in the disease, we seek ways to ward it off. For instance, proteins are identified which, in MS, impair the immune processes. The next step is to find out how to counter the effects of these proteins. For this purpose, biological products such as antibodies are increasingly used. To check whether these antibodies have the desired effect, they are first tested in a laboratory on cells or tissues from patients. If the result is positive, it is broadcast to the scientific community by publication in a scientific review. This is when the media seize on the information and announce a highly promising development. However, it will still take a long time to develop a drug and the process is fraught with pitfalls.

Potential drugs are then tested on animals, as it must be ascertained that the drug also produces positive effects in complex organisms, and above all that it has no adverse effects, before authorising it for use in patients. As MS does not exist in animals, the research is performed on rats or mice in which an MS-like disease has been created. There are several such artificial animal models; however, none of them reproduces all facets of the disease, so that many products which are active in these models may not be so in patients. At this point in time, scientists are seeking models which improve the predictability of drugs.

When animal testing is concluded satisfactorily, clinical testing begins: the phase during which clinical research is performed on experimental drugs. This research is very expensive and is typically financed by industry. Testing is first performed on a small group of people (Phase 1) to determine whether the product is safe. During Phase 2, its effectiveness is assessed on a larger group of individuals. Finally, a large-scale (Phase 3) study is performed in various parts of the world to confirm the drug’s effectiveness in a large group. Disappointments may occur even at this stage. Frequently, positive Phase 2 results are not confirmed by Phase 3. Over 90% of drugs that make it to clinical testing prove unsuccessful. Only when the result of Phase 3 is favourable can a drug (once it has been officially approved) be used on patients. For this reasons, attempts are also being made to improve clinical-research methods.

The knowledge we acquire today will form the base for the drugs of tomorrow, and may take a great deal of time to do so.

We need to invest in the training of young researchers to perform this essential task in a context of international cooperation. I am convinced that the basic research supported by the Charcot Foundation in the areas of genetics, immunology, neurology, nutrition, movement and the microbiome will lead to discoveries that will form the base for new therapeutic concepts for the treatment of MS.
However, good communication between scientists and MS patients is just as important, so that we can learn from each other and determine the progress made in research. Initiatives such as the MS Round Table, which has been organised by MS Netwerk Limburg for a number of years, show that cooperation between patients, therapists, doctors and researchers is indispensable if together we are to find new solutions to MS.