The driving force behind basic research is the desire to know and explore the mechanisms of the physical and living world in order to increase the sum of human knowledge and better respond to philosophical questions: where do we come from, who are we, where are we heading? Prof. Dr. Christian Sindic explaines ... 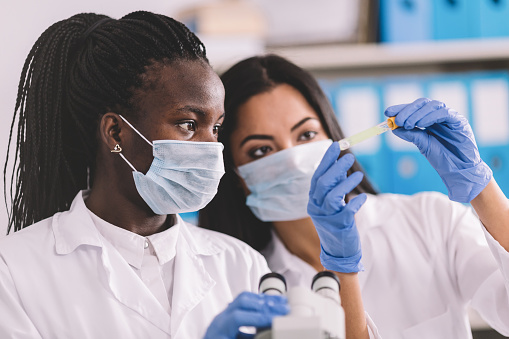 Such research is carried out – for instance – on the functioning of the normal brain, its cells and the connections and communication between those cells. The same applies to the immune system, its various components and the various populations of billions of cells that communication with each other, interact and respond to positive and negative feedback. In basic research, there are no recipe-like methods, only observations that need to be measured, confirmed and integrated into a hypothesis that then has to be validated or invalidated.
To understand the differt phases, click here. To know exactly how MS research works, click here.

A good researcher is someone who asks the right question(s), who looks for the flaws in dominant ideas and wants to push back the limits of our knowledge. However, researchers are dependent on their measuring instruments. Their ultimate reward is to uncover “things hidden since the foundation of the world” (René Girard).

Basic neuroscientific research has enabled us to identify the various types of cell present in the brain and spinal cord, uncover neuronal circuits, define the function of various areas of the brain, measure nerve conduction velocities and identify all these connections as the “connectome”.

The purpose of basic research is not to be applied to a specific health problem. However, it benefits from the observation of rare diseases or unsuccessful natural variants, so that studying a malfunction may improve observation of the normal functioning of the organ in question. On the other hand, the purpose of translational research is to apply new knowledge acquired through basic research to specific diseases so as to understand them better. Multiple sclerosis has benefited greatly from the remarkable progress made in immunology and also in chemistry and physics, which has underpinned the development of MRI and the visual detection of MS lesions.

One major problem in translational research on MS is the lack of a spontaneous animal model for the disease. No animals spontaneously develop an MS-like disease and it has been necessary to develop an experimental model comparable to another human disease, experimental autoimmune encephalitis. This model, which mainly involves T lymphocytes, has made it possible to uncover essential mechanisms applicable to MS, but for years also concealed the importance of the part played by B lymphocytes in the human disease. Also, this model most often involves a single attack, which is very different from the multiple attacks observed in MS patients.

Translational research has enabled us to uncover key mechanisms which need to be blocked by means of specific treatments, such as the breakdown of the blood-brain barrier and the abnormal penetration from the blood into the brain of activated self-attacking lymphocytes. This mechanism is best blocked by using Tysabri® in the treatment of MS.

On the basis of the anomalies observed at molecular level which are responsible for the malfunctions of the immune and nervous systems, molecules can be selected in the hope that they can affect the progress of the disease. The lengthy process of therapeutic testing on an animal model if possible, either in vitro in a laboratory (cell cultures) or in vivo on live animals, then begins; it is followed by Phase 1 clinical testing, the main purpose of which is to check for harmful side effects on a small number of healthy volunteers; then by Phase 2 tests on a few dozen patients to determine the most appropriate dosage and check for paradoxical responses; if the results are encouraging, Phase 3 testing then proceeds on several hundreds or thousands of patients. Such clinical testing is strictly regulated, must be declared nationally and internationally, monitored by a committee of independent experts and regularly assessed. In some cases, it is halted early in the event of failure or serious side effects. The latter may even appear after the new drug goes on sale and may cause it to be permanently withdrawn (e.g. daclizumab in the treatment of MS).

Researchers need to be born opportunists – in the best sense of the word – and especially analyse unexpected results.

However, both basic and translational research can yield surprises and unexpected results. In the case of MS, an interferon gamma treatment was tested and was found to trigger more attacks than the natural course of the disease (Panitch et al., The Lancet, 18 April 1987). For this reason, interferon gamma antagonists, in particular interferon betas, were tested with great success (Bêtaféron®, Avonex®, Rebif®, Plegridy®). In the 1970s, researchers at the Weizmann Institute in Tel-Aviv synthesised a small peptide, glatiramer acetate, with a view to inducing experimental autoimmune encephalitis, and observed that in fact it had a protective effect against encephalitis. It was then tested on MS patients and now goes by the name of Copaxone®.